Trine Wiki is dedicated to the Trine series created by Frozenbyte in 2009. Trine is a side-scrolling video-game combining physics puzzles with action and RPG elements in a medieval theme. It is currently available for Windows, Mac and Linux, as well for PS3 and Xbox 360. Anybody can edit this information, so please contribute! 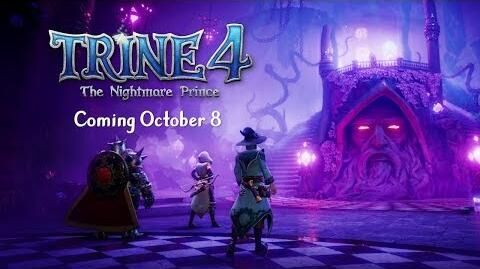